Some of Our Past Pupils

There have been many group and personal achievements within the music programme and it goes without saying that the gift of music has enriched thousands of children and their proud parents lives. Not all will go on to achieve great status as a professional musician but will continue to enjoy the social and personal gains they reap through playing music alone or with a group. They will also find satisfaction in the ability to use their skills to support their own children’s progress.

Some of our musicians have gone on to have successful musical and in many cases award-winning careers.

See some of our past pupils performing at the 30th Anniversary Concert in June 2013 here. 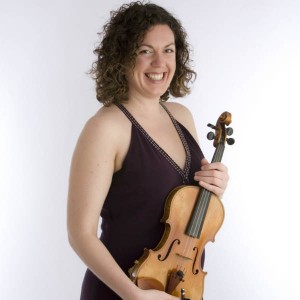 Maria is the recent winner of the coveted Heineken Violin Competition 2010. She is currently based in London, where she was appointed the prestigious position of leader of Southbank Sinfonia for the 2010 season.

A keen chamber musician Maria has travelled throughout Europe and the USA, and South America to perform in various ensembles, in 2011 she toured the USA with Camerata Ireland including her first performance in Carnegie Hall. She also works in duo partnerships, performing a broad selection of sonatas, and had her debut with pianist Ciara Moroney as part of Kilkenny Arts Festival in St. Canices Cathedral in August 2010, and has since performed in Duo partnerships with Úna Hunt on a Music Network Tour in Ireland, and with pianist Michael Joyce in the Curtis Auditorium in Cork. Maria is also a founding member of the The Amarilli Trio, who have performed throughout Ireland, Spain and Italy.

Maria was the proud winner of the Feis Ceoil Aileen Gore Cup/ Raymond Kearns Bursary, and the RDS (Royal Dublin Society) Music Bursary in 2008, and the Heineken Violin in 2010.

Maria graduated with a Graduate Diplom from the Hochschule für Musik Köln in 2009, where she was in the class of Herr. Emilian Piedicuta. Prior to this, Maria graduated with a First Class M.A. in Performance from the Cork School of Music, where she was a student of Ms. Ruxandra Colan. She has been fortunate to study also with Geraldine O’ Grady, Maeve Broderick, Anja Pietzcker and Philip Edmondson. She has participated in masterclasses with Olivier Charlier, Adelina Oprean, Mariana Sirbu, Constantine Serban, and Rainer Honcek.

Maria plays on a George Channot violin from the 1800’s – from Heineken Ireland. 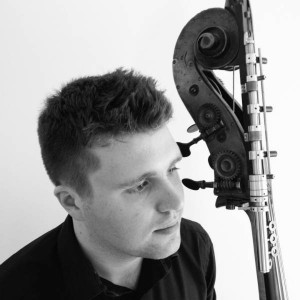 After failing numerous times on various different instruments in St Canice’s, Mark began to play the double bass aged 10 when the instrument was first introduced to the school. After taking lessons with Phillip Edmondson at the Kilkenny School of Music, Mark spent eight years studying with Dominic Dudley a the Royal Irish Academy of Music. During this time he went on to win numerous awards at Feis Ceoil, RIAM and Kilkenny Music Festivals. He was a member of the National Youth Orchestra of Ireland and the European Union Youth Orchestra. During his time playing with EUYO, he toured extensively around Euripe and Asia. In 2007, Mark was awarded a Fulbright scholarship to study American music in Northeastern University in Boston. Mark was also awarded a full shcolarship to study at the Royal Irish Academy of Music under the tutelage of Duncan Mc Tier, Graham Mitchell and Rodney Stewart. During his time at RIAM, he won the Eugene Cruft Double Bass Prize and participated in master classes with Matthew McDonald and Dominic Seldis. He also performed at the BBC Proms and at Avery Fisher Hall and Carnegie Hall in New York. Currently living in London, Mark has a busy and varied freelance career, regularly working with various orchestras and ensembles including RTE National Symphony Orchestra, BBC National Orchestra of Wales, Bournemouth Symphony Orchestra, Royal Liverpool Philharmonic Orchestra, Camerata Ireland, English National Opera and Wexford Festival Opera. 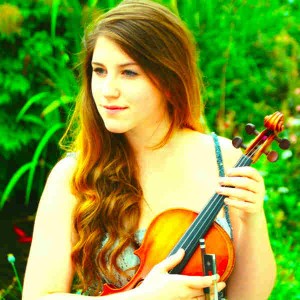 It was while studying with Gregory that Alison won top prizes at the Kilkenny Music Festival and also auditioned and was accepted at the Guildhall School of Music and Drama London to study for her Undergraduate Degree. Alison Studied here for four years with Pauline Scott and in 2012 graduated with an Honours Degree in classical violin. She is currently studying for a Masters in Performance at the Royal College of Music with Radu Blidar.

Alison is co-founder of the Cassian String Quartet. With whom she has performed in the Wigmore hall, Queen Elizabeth Hall and the Royal Albert Hall. Alison has also played as soloist with the Murray Ensemble in the Edinburgh Fringe Festival.

Alison has taken part in masterclasses with many world renowned musicians including  Alina Ibragimova, Jacqueline Ross, Daniel Rowland and members of the Belcea and Endellion Quartet. She has also played in Orchestras under the baton of Vladimir Ashkenazy, John Wilson, Sir Rodger Norrington, James Gaffigan and James MacMillan. 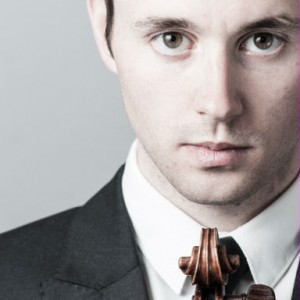 David began playing the violin aged 4 at St Canice’s National School. He went on to have lessons with Ide de Burca and Maeve Broderick at the RIAM and obtained a Performance and Teaching Diploma in 2005. He holds a Bachelor of Music Degree from London’s Royal Academy of Music where he studied with Matje Marinkovic and completed a Masters of Music at the Royal Northern College of Music with Leland Chen in 2012. David has also enjoyed master classes with many leading musicians including the late Mstislav Rostropovich, Olivier Charlier, Irvy Gitlis, Thomas Brandis and Gordan Nikolic. David has won numerous prizes at Feis Ceoil, RIAM Festival and Kilkenny Music Festival. In 2004 he was the recipient of the Arthur Nachstern Bursary and was also awarded a scholarship to the RAM. During his time at the RAM David was awarded the Barbirolli, Majorie Bunty Lempfort and Wolfe Wolfinsohn awards. In 2012 David was the winner of the Paganini Prize at RNCM and was invited to perform as a soloist at the Beethoven International Conference. As a member of the Brooks Quartet he was a finalist at the prestigious Royal Overseas League competition and they were subsequently awarded the Elias Fawcett Trust Award for Outstanding Ensemble. The Brooks Quartet have given recitals throughout the UK and performed live on BBC Radio. David has performed as a soloist and chamber musician at venues including Wigmore Hall London, National Concert Hall and at the West Cork Chamber Music Festival in Bantry. He has also tutored on the Concorda Chamber music course. David is currently a member of the fist violins in the Orchestra of English National Opera. He has also performed with some of the UK and Ireland’s leading orchestras including the Halle Orchestra, Royal Philharmonic Concert Orchestra, Royal Scottish National Orchestra, Welsh National Opera, Manchester Camerata, Camerata Ireland, Wexford Festival Opera Orchestra and RTE National Symphony and Concert Orchestras.